Answers For Your Queries Regarding Ceiling Fans 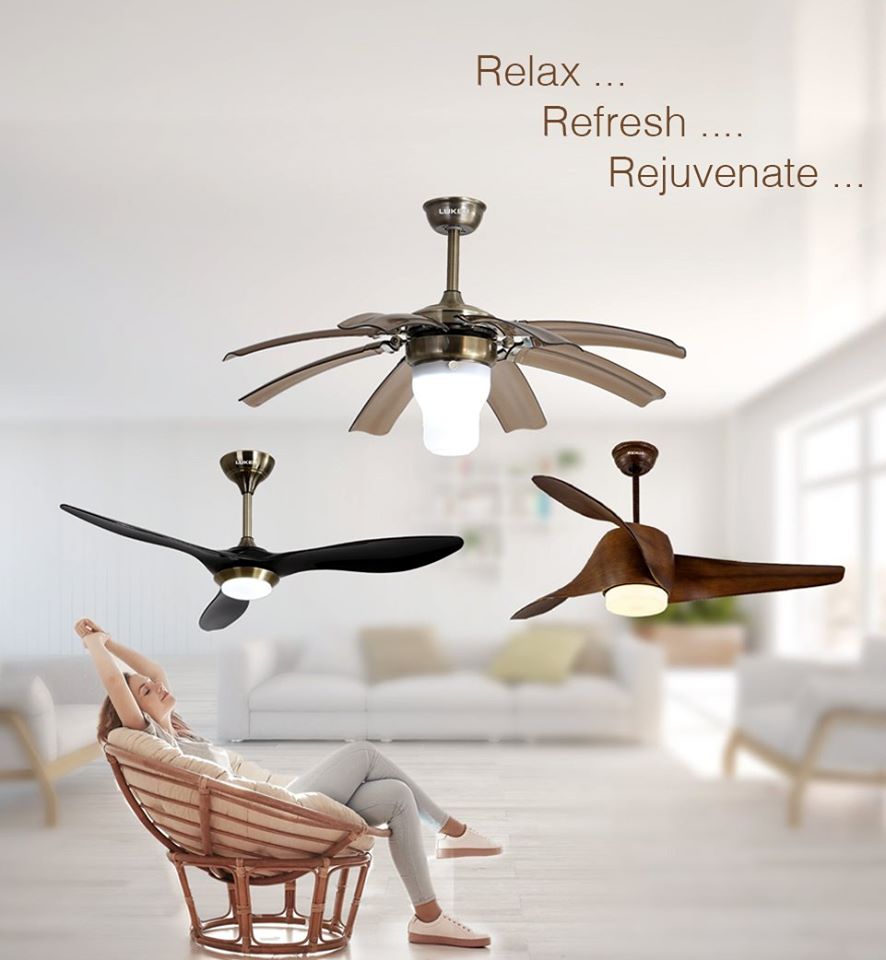 From being a fan of popular home improvement shows, the idea of ceiling fans comes to the forefront when deciding on the interior decoration of your home. The first step taken by designers is ripping down the ceiling fans. While this remains a true mystery, they surely serve a purpose for your homes. Though most of the fans from the past decades are outdated, the new batch of fans come in a wide assortment of styles, colors, and designs.

The job of a fan is to give warmth to a room or cool it down. Not only do they help with the electric bill, when adorned with lights, but it also helps brighten up the dark rooms. This article underlines the history of ceiling fans as well as introduce the most popular designs available. Ceiling fans do have a place in the design of your home.

The Use Of Ceiling Fans

Fans help in both warming up as well as cooling down the room temperature. In the case of cooling down the air, an electrical switch is flipped which makes the blades turn counter-clockwise. This helps bring the cool air up from the floor distributing it all around the room. In the winter season, as the heat from the vent rises, the switch is turned on and the fan now operates clockwise pushing the heated air downwards helping circulate warm air around the room.

Parts Of A Ceiling Fan

Ceiling fans have several parts of which the electric motor is the most important. This motor powers the blades into turning. The blades are fixed to the motor with blade irons. The fan is attached to the ceiling through the mounting mechanism. This attaches the motor to the ceiling. A downrod holds the motor in place.

In case of lower ceilings, care is taken not to come in way of heads or arms with a ‘close to ceiling’ mount. The blades have decorations and adornments making it more attractive. Depending on the type and model, you can choose and install lighting fixtures into the ceiling fans. Fans come with a special lighting kit that can be purchased along with the fans.

Even though you can install a fan by yourself, you will require some tools and construction know-how. It includes cutting a hole in your ceiling which requires tools most are not familiar with and requires knowledge of electricity for handling live wires and electric boxes.

These problems make the necessity of a professional to do the installation process. It helps save a lot of time and money when dealing with the construction and electrical work. A professional may help in doing the work in an hour or so. Also, it helps assure the fan doesn’t wobble.

Cost Of A Ceiling Fan

There are a variety of factors on which the cost of a fan depends. The style of your fan decides the cost. As the traditional fans are far less stylish than contemporary ones with blades that are on the long pole circling up and down instead of around. It all depends on the manufacturer also. A good fan will cost far more than the ones available locally. While the size plays a major role, the larger it is, the costlier it will be. A good fan is sure to cost you a couple of bucks.